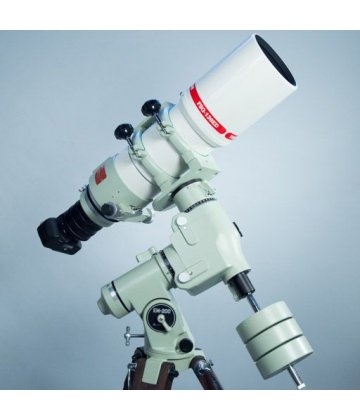 The FSQ-130ED has a 130-mm aperture in an f/5, 650 mm telescope.  The FSQ-130ED features a retractable dew shield, a 360-degree camera angle adjuster, and a heavy duty, 4-inch rack and pinion focuser.  The focuser comes standard with a 7:1 fine focuser reduction.  The draw tube features two racks, allowing heavy imaging trains to be used without flexure of the focusing mechanism.  The FSQ-130ED can be coupled with several reducers and extenders, including the F/3 Reducer 0.6X and the 645 “super reducer”.