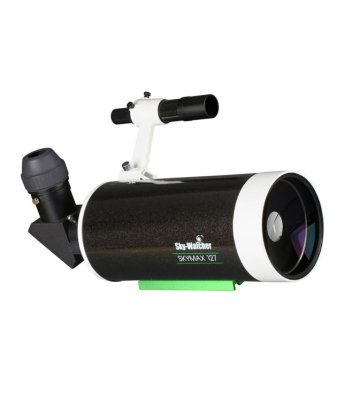 The SkyWatcher SkyMax 127 MC  is a really compact sized model which shows great details on planets. The short tube makes easy to transport. This telescope has 127 mm aperture, which is more powerful than the 90 mm or 102 mm models. The central obstruction is 30% only, resulting in contrasty image even at high magnifications. Compared to similar aperture telescopes (eg. Explorer 130 models) this Maksutov-Cassegrain telescope is much shorter and weights less meaning that it is easier to transport, however the central obstruction makes the image a bit less contrasty. The recommended magnification range is 37.5x-260x and provides sharp images on Moon and planets. Dovetail plate is included but there's a standard photo thread at the bottom of the scope as well. The two eyepieces provided deliver 60x and 150x magnification. A Starpointer or an achromatic 6x30 spring load finderscope is included (depending on the model). The focuser has a T-thread making it possible to mount cameras as well. The EQ3 mount can be equipped with clock drive and GoTo kit as well. 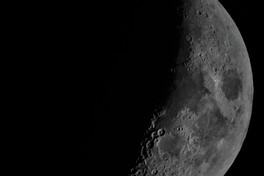 Stock refill in progress (currently not in stock)

Stock refill in progress (currently not in stock)